We will be having "In-Person Service as well as Virtual Service beginning on Feb. 27th at 10:00 a.m. For More information please see our announcements page 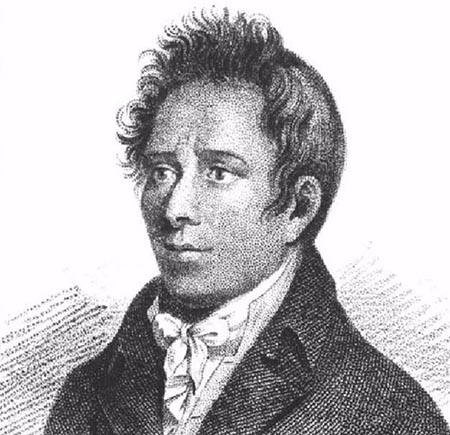 ʻŌpūkahaʻia – The Inspiration for the Hawaiian Mission

In 1808, a young Hawaiian boy, ʻŌpūkahaʻia, swam out to the ‘Triumph’, a trading ship anchored in Kealakekua Bay.  Both of ʻŌpūkahaʻia’s parents and his younger brother had been slain during the battles on the island.

Also on board was Hopu, another young Hawaiian, as well as Russell Hubbard. They eventually headed for New York. “This Mr. Hubbard was a member of Yale College. He was a friend of Christ.… Mr. Hubbard was very kind to me on our passage, and taught me the letters in English spelling-book.”  (ʻŌpūkahaʻia)

They landed at New York and remained there until the Captain sold out all the Chinese goods.   Then, they made their way to New England.

ʻŌpūkahaʻia was eager to study and learn. He “was sitting on the steps of a Yale building, weeping.  A solicitous student stopped to inquire what was wrong, and Obookiah (the spelling of his name, based on its sound) said, ‘No one will give me learning.’”

The student was Edwin Dwight.  “(W)hen the question was put him, ‘Do you wish to learn?’ his countenance began to brighten. And when the proposal was made that he should come the next day to the college for that purpose, he served it with great eagerness.”  (Dwight)

Later, the American Board of Commissioners for Foreign Missions (ABCFM) formed the Foreign Mission School; ʻŌpūkahaʻia was one of its first students.  He yearned “with great earnestness that he would (return to Hawaiʻi) and preach the Gospel to his poor countrymen.”  Unfortunately, ʻŌpūkahaʻia died on February 17, 1818.

Dwight put together a book, ‘Memoirs of Henry Obookiah’ (the spelling of the name based on its pronunciation).  It was an edited collection of ʻŌpūkahaʻia’s letters and journals/diaries.  The book about his life was printed and circulated after his death.

ʻŌpūkahaʻia, inspired by many young men and women with proven sincerity and religious fervor of the missionary movement, had wanted to spread the word of Christianity back home in Hawaiʻi; his book inspired missionaries to volunteer to carry his message to the Hawaiian Islands.

“You saw him die; saw how the Christian could triumph over death and the grave; saw the radient glory in which he left this world for heaven. You will remember it always, and you will tell it to your kindred and countrymen who are dying without hope.”

On October 23, 1819, the Pioneer Company of American Protestant missionaries from the American Board of Commissioners for Foreign Missions (ABCFM) set sail on the 'Thaddeus' for the Hawaiian Islands. They landed at Kailua-Kona April 4, 1820.

Over the course of a little over 40-years (1820-1863 - the “Missionary Period”), about 180-men and women in twelve Companies served in Hawaiʻi to carry out the mission of the ABCFM.

On August 15, 1993, ʻŌpūkahaʻia’s remains were returned to Hawai‘i from Cornwall and laid in a vault facing the ocean at Kahikolu Church, overlooking Kealakekua Bay.

ʻAhahui O ʻŌpūkahaʻia is proposing three simultaneous services/celebrations at the above churches on February 17, 2018 (the bicentennial of his death) to honor ‘Ōpūkaha‘ia.  Click HERE to e-mail Debbie Lee for additional info on these ʻŌpūkahaʻia church services.

This replicates the celebrations in 1968, when 3 events were held.  The intent is to hold the Hawai‘i events at 10 am (HST), so the Connecticut event would be at 3 pm (EST).  Related to this, each site would be on video, then combined into a single video.

If you are (or know of others) planning ʻŌpūkahaʻia celebrations, please let us know.

A bicentennial calendar and observance timeline is being discussed; some of the initial dates and recognitions are as follows:

Thanks to Peter T Young for this write up.