We will be having "In-Person Service as well as Virtual Service beginning on Feb. 27th at 10:00 a.m. For More information please see our announcements page

The working of God can be documented in the early history of Haili Congregational Church.  First, God used the zeal of Henry Opukahaia, the first Hawaiian convert to Christianity, to inspire New England missionaries to bring the Gospel of Jesus Christ to his native land.  Secondly, six months prior to the arrival of the first missionaries at Kailua-Kona King Kamehameha II (Liholiho) broke the kapu system of pagan worship.  Thirdly, with the spiritual vacuum created by the loss of the kapu system, the response to the Gospel was tremendous on the eastern side of the Big Island, especially through the preaching of Rev. Titus Coan, one of the missionaries of the early Hilo Mission.  (To see Rev. Coan's electronic book, Life in Hawaii, visit the Website at:  http://www.soest.hawaii.edu/GG/HCV/COAN/coan-intro.html ).  The church grew to over 10,000 members with 1,705 Hawaiians baptized on one day alone, perhaps the largest church in the world at that time. 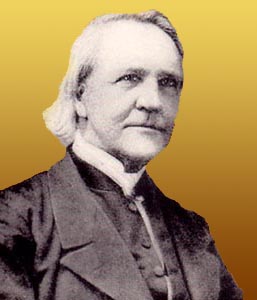 Titus Coan arrived in Honolulu, Hawaii in June 1835 then sailed to Hilo, Hawaii in July, where he stayed most of the rest of his life ministering to the Hawaiian people. He learned the Hawaiian Language and helped educate the residents of the area and lead them to Christ.

The first church building, a large grass canoe shed provided by the local chiefs, was completed and dedicated on May 19, 1824 near the site of the present Hilo Iron Works.  By 1825, another grass building was constructed at the site of Kalakaua Park facing Kinoole Street.  The third and larger church was built near the second building.  The fourth edifice was located at the site of the present Sack 'N Save parking lot after the third building collapsed during a heavy rain storm.  The fifth and present structure, started in 1854, was completed and dedicated on April 8, 1859.  On July 15, 1979, fire destroyed the tower, ceiling and some of the interior of this building.  The restored church was rededicated on June 1, 1980.

The following link contains a current list of books (as of December 1st, 2016) that have been restored and published so far in the Titus Coan Memorial Library collection. Both Paperback and Free E-Book versionsare available or you may read them on-linee. Researchers may note that there is also a single file online readable version that is searchable using browser search capabilities at the website. You will see the culmination of over 2000 man-hours of labor over the last two years dedicated to this project in the effort to restore and preserve the rich missionary heritage of the Hawaiian Islands to benefit all of Hawaii nei.

The Free E-Books are located at http://www.tc-lib.org/Books/

The Paperbacks are located at http://www.helps7.com/Books/paperback.html

The Paperbacks have been priced quite low to make this collection affordable. You can click “See Info” for a description of each book. You are welcome to post or distribute this list.